Our vocal directors are highly experienced and skilled. We are truly passionate about what we do and we want to see you realise your dreams.

In keeping with our commitment to excellence we also have a distinguished, world-class Board of Advisors to ensure that we continuously improve our offerings and remain relevant to the needs of our students and the entertainment industry. 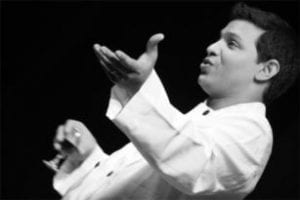 DAPA’s Director, Andre David started performing at the age of five and has over 15 years’ experience in teaching and direction.

An award-winning and critically acclaimed voice teacher, conductor and artistic director, Andre comes from a long line of professional singers and theatre personalities. An authority in his field, Andre has trained extensively in singing and vocal technique, choral direction, theatre and acting, and several dance styles including tap and street jazz. He is particularly passionate about musical theatre which combines all these skills to create some of the most spectacular and awe-inspiring fruits of man’s creative capacity.

Andre has nurtured and developed over a thousand students through private lessons and school programmes and directed numerous critically acclaimed theatre productions both locally and overseas. His creative method of teaching develops not only performing arts excellence but gives practical lessons in key life skills.

He has produced and directed many major productions, is an Artistic Director of the Colombo Music Festival and Vice President of Voice and Performance for the Voice Over Festival of Performing Arts, an association of the British Arts Festivals Network. 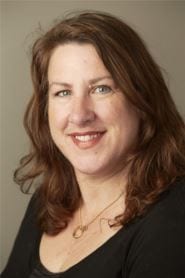 Graduated in 2010 from UWA, Nola Formentin holds an honours degree in classical singing. Since 2007, she has been a member of the West Australian Opera Chorus and has performed for audiences in over 25 productions. At the age of 10, Nola started to play the trombone and in 1982 was awarded a scholarship to study at the Perth Modern School. Throughout her studies she honed her skills as a concert band performer, orchestral member, jazz trombonist, and as a choral singer. She was awarded, in 1987, the Outstanding Music Student Award upon her graduation and continued on to win many musical award to her name.

Throughout the years Nola continued to improve her knowledge and skills in music. She served in the army as a musician and studied classical voice in 1991 at the Queensland Conservatorium under instructor Harry Coghill. After her discharge from the army in 1992, she returned to Perth and pursued her passion for music by participating in singing and playing opportunities with various groups, recording an album in 1996, and studying jazz trombone. Along her journey, in 2008, she was offered a position of voice tutor at Mercedes College in Perth. She has tutored over 200 students at the school and four of her classical students have gone on to study Masters Degrees in Manchester and London.

In 2013 Nola became the Vice President of Operabox Inc before resigning in 2015 to pursue a humanitarian role overseas in Malawi. She will be coordinating a volunteer programme in the township of Monkey Bay and hopefully in 2017 she will be able to begin a music programme encompassing instrumental, vocal and performance based learning with the children of the surrounding villages. 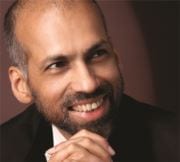 At DAPA, we are truly passionate about what we do and we want to see you realise your dreams. Our vocal directors are highly experienced and skilled.

Get in touch today for results-focused, affordable vocal training.